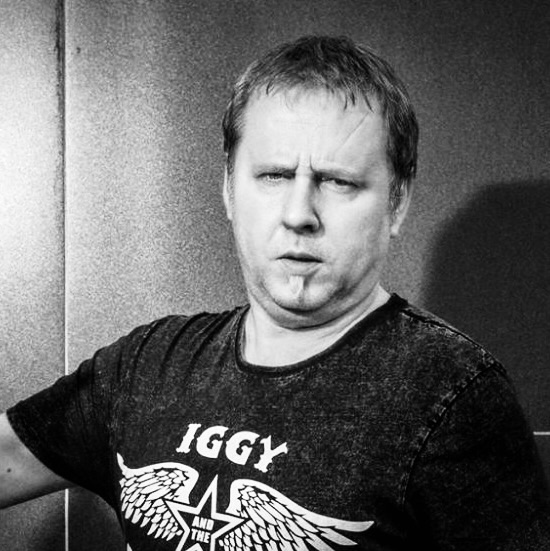 is a writer. A graduate of Bratislava Economic University, he has a day job in the local council’s audit office in Nové Zámky, a provincial town in southern Slovakia. Since his first short story collection, Leptokaria (1996), he has published a further fourteen volumes, mostly of short fiction. His works have been translated into many languages. His novella V mene otca (2012, In the Name of the Father) was awarded both the Tatrabanka Foundation Art Prize for literature and the Anasoft Litera, Slovakia’s most prestigious literary prize. His latest book is Medzi ruinami (Amidst the Ruins, 2021). “By now you will have come to terms with their having broken up Czechoslovakia, with their thieving – taking turns to do it every four years; with their having turned ideals into parodies; dusting off all that old guff about the nation and God since, to begin with, they were scared to dust off the guff about the working people and non-working intelligentsia, but now they’re no longer scared, seeing that you had no trouble coming to terms with it, and also for the simple reason that this is what they’ve always been like deep down: one thing leads to another and the other cannot exist without the former, Tiso shakes hands with Husák, and Husák with Brezhnev, and Stalin with Hitler; you’ve come to terms with the fact that it’s the honest ones who get eliminated in elections while the dishonest ones get elevated, which logically leads to the next stage, whereby it’s no longer just material goods that get stolen and even if, according to the Gospel of John, the Word has become flesh and made his dwelling among us, these days the Word has not become flesh, it’s turned into a soap bubble from a bubble blower, and so you call out a fascist as a fascist in your puny little voice, while he at the top of his voice has just launched into a song about your liberal fascism and has the people swaying to the rhythm, enchanted and joining the chorus, because they’ve even stolen your words now and that’s the beginning of the end, they’ve stolen your words and their meaning, that’s why now truth means lie and lie means truth, and good means evil and evil means good, that’s why freedom is no longer what we had dreamt of during the November rallies, freedom from a bubble blower is the freedom not to wear a face mask and lie about everything, so just come to terms with it like a hen in the yard scratching the ground for leftover grain even though way back – but that was a long long time ago and you are not a historian either – way back it saw the farmer, purple in the face, chop off, one by one, the heads of every chicken in the shed, but you’re still here, scratching at the ground and if you’re a fiction writer and aren’t ashamed to stay alive, one day you will write a novel about all this.
The question is: who for?”