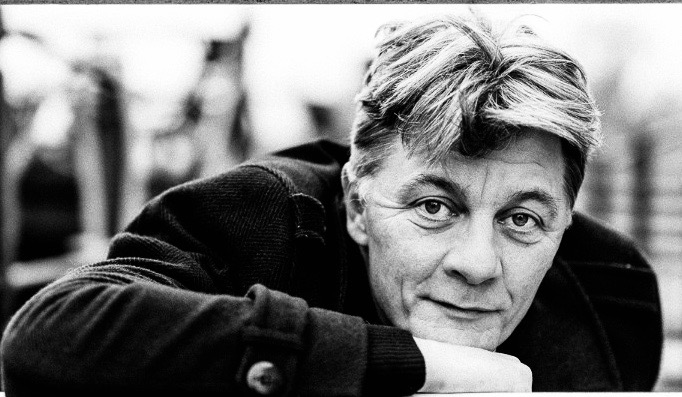 is a Dutch writer, journalist, teacher and moderator based in Amsterdam. He grew up in Baghdad and Jakarta. After settling in Amsterdam, he founded the literary bookshop Perdu, was the director of De Balie, a centre for culture and politics, and in 2014 founded the arts centre Tolhuistuin. He has published plays, books and numerous articles on art, social movements, migration, music, cinema and war, and has travelled extensively to study art after crisis, visiting Beirut, Jakarta, Algiers, Prishtina, Sarajevo, Tirana, New York, New Orleans, Kiev and Ramallah. Last year, he visited Rojava, the predominantly Kurdish autonomous region in Northern Syria, where the people practice a form of radical democracy. “The place is packed. Over 200 activists, students, art professionals and representatives of citizen’s movements, political parties or unrecognized peoples from the Philippines, Kurdistan, Catalunya, Greece, West Papua, Azawad, Palestine and elsewhere. Most of them seem to acknowledge that capitalist democracy, western-style, is turning into a dangerous farce. Many of them believe that democracy, now more than ever, is a system worth reclaiming. And some of them have already started to reinvent it, from the bottom up, in their own hectic part of the world.  Above our heads, side by side, are the symbols and flags of the movements and parties that make up the Rojava Revolution. Stars, the sun, sheaves of wheat in red, yellow and green. At the very moment that we are about to discuss the merits and dilemma’s of the Kurdish model of democratic confederalism, Turkish president Erdoğan is busy shredding all pretence that his nation-state has anything to do with democracy. As the first speakers take the stage, 21 wounded and dying people are trapped in a Dyarbakır basement. The Turkish army shoots at the ambulances trying to reach them. Bakur, also known as South-East Turkey, is under siege. Across the Syrian border, forbidden for them to cross, the Kurds of Rojava watch in horror, while they themselves are rebuilding Kobane and fighting off ISIS. Suad Kobane, European representative for the PYD, one of the largest parties involved in the Rojava Revolution, calls this a model for democratic modernity. Based not upon unification but on diversity. Not on capitalism but on an economy that listens to the needs of people and nature. In response to the Summit’s central question, he says: ‘Wherever the state is strong, democracy is weak – and vice versa. The state cannot survive without people and society. But people and society can survive without a state.’”
Foto: Jitsche Shols