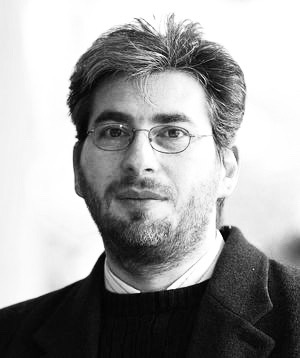 is a Hungarian writer, poet, literary critic and translator. He lives in Budapest, where he is professor at the Hungarian Literary History Institute of Eötvös Loránd University. In 2004-2005 he was a visiting professor at Vienna University. He is one of the most original voices in post 1989 Hungarian literature, a prolific poet, novelist, critic, and scholar. He has published eight volumes of poetry, a novel, a collection of short stories three novellas, of which two were translated into English: Mordecháj könyve (2002, The Book of Mordechai) and Lázár! (2004, Lazarus!) in addition to plays and children’s books, as well as essays on literary history and criticism. He is the recipient of the prestigious József Attila and Füst Milán literary prizes (2006, 2009). He has published extensively on the history of twentieth-century Hungarian and German literature, focusing on language poetics and the poetics and politics of memory. “A politics desirous of a community, of a republic, must by definition include the poor in terms of proactivity and representativeness, in other words, it must help them to fight for their representation in politics. A politics that seeks a shared country must be emancipatory in inspiration both socially and culturally. What is required is genuine emancipation, of the kind free of all moralising, that seeks not to condescend to the poor but to organise them, to help them take their place in the public sphere. The time of Mária Sándor [paediatric nurse, president of the Hungarian Civil Society for Health] and of László Bogdán [Roma civil rights activist] has come. Though the bottom third of Hungarian society is in even more fractured in the sociological sense than those in its middle layers, it is in fact the job of politics to make it possible for them to articulate their interests in terms of the conflicts in society. The discourse of the powers-that-be can be shattered only by the hitherto unheard voice of poverty. Of course I, too, support the parties known as democratic and oppositionist in their efforts to achieve a generous compromise among themselves to create the best possible chance of toppling of the Orbán government. But if we want to topple Orbánism itself as well, we must realise, ladies and gentlemen, that it is not here, not in this place, that the communal will be born, but in the corridors of hospitals without hope, in community schools on the cities’ outskirts, in unheated hovels, and in the heads of those young people who are preparing to follow in the footsteps of the hundreds of thousands who have already emigrated.”
Foto: Studiobakos