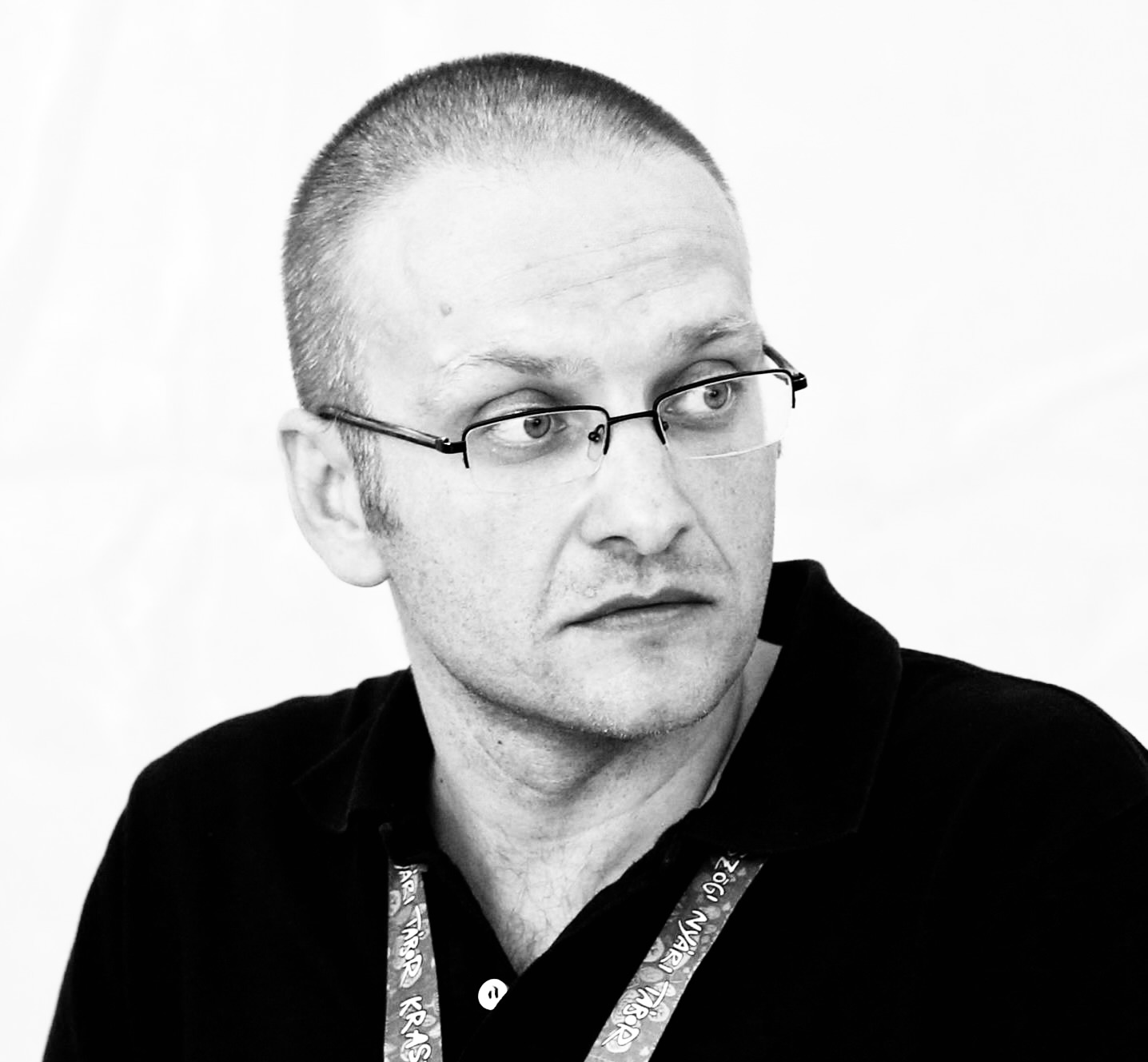 is an ethnic Hungarian fiction writer and columnist who lives in Komárno/Komárom, Slovakia. He has been a sports editor with the daily Új Szó, and until 2020 he worked for Radio Pátria. He was a co-organizer of Komáromi Szalon (Komárom Salon), a series of discussions on social and cultural topics that ran from 2012 to 2018. He is the author of prize-winning books, including the short story collection Kilátás az ezüstfenyőkre (A View of the Blue Spruces) and Egy futballfüggő naplójából (The Diary of a Football Addict). “1. Don’t be surprised if you find society becoming barbaric and mobs speaking the language of violence. Bear in mind that the arts have always been vilified.
2. Don’t be surprised that the era of charlatans has arrived. Remember that when Daniel Defoe’s articles on the plague sounded the alarm, his compatriots responded by disparaging and mocking the author. ‘Daniel, we beg you,’ they said, ‘why make so much fuss about some summer malady?’
3. Are you being attacked from both the left and the right? Rejoice! Imagine how embarrassing it would be if the same furious chorus suddenly crowned you with a laurel wreath and put you on a pedestal.
4. Stick to Beckett’s mantra: ‘Ever tried. Ever failed. No matter. Try again. Fail again. Fail better.’
5. Remember that the good patriot is not the one who claims to be one as he beats his chest, but the one who tries to make the most of his talent, even in the worst possible circumstances. Like the musicians on the Titanic, who kept playing until the last moment.
6. Don’t deceive yourself that we are civilized beings. Just have a good look at the entire twentieth century.
7. Don’t be misled by what you see in a bookshop, a restaurant or your own cosy living room. All that is just the veneer of civilization. We all still belong to the animal species known as homo sapiens.
8. Never feed hatred. If you feed hatred, it will only get more and more hungry. Yesterday it was the Jews, today it is intellectuals, tomorrow it will be ethnic minorities, homosexuals, the disabled, the overweight, those with a stutter, those who wear spectacles. Yes, you will be next.
9. Harbour no illusions: we will all end up as Kafka’s hunger artist, we will slowly fade away and our place will be taken by predators feeding on raw meat and bursting with brute strength. But until that moment let us try to remain human beings, even though that is not risk-free either.
10. Mahatma Gandhi believed that truth and love would sooner or later prevail over tyranny. A nice idea, but what if Gandhi was wrong? What would happen? Nothing. Try again. Fail again. Fail better.”