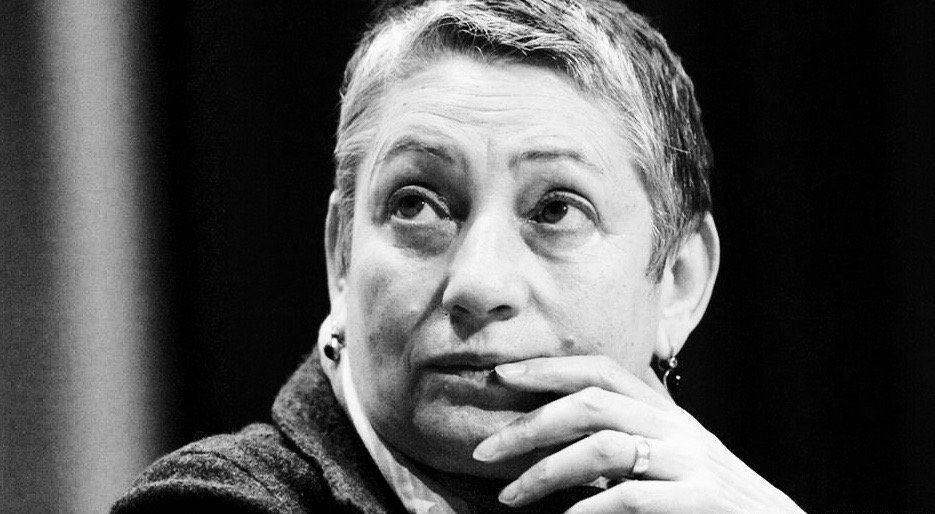 is an internationally acclaimed Russian writer based in Moscow. She started writing almost by accident after she was sacked from her job as a geneticist in the 1960s, accused of dissident activity by the Soviet authorities. Her novels and short stories have been translated into many languages and include Sonechka (1995), Medea and Her Children (1996), The Funeral Party (1997), The Kukotsky Enigma (2001), Daniel Stein, Interpreter (2006), The Big Green Tent (2011) and Jacob’s Ladder (2016). The first woman to win the Russian equivalent of the Booker prize, her numerous other literary awards include the prestigious Austrian State Prize for European Literature which she received for her oeuvre in 2014. Lyudmila Ulitskaya has attracted both controversy and acclaim for publishing her correspondence with the billionaire Mikhail Khodorkovsky while he was in jail. Asked whether there may be rare moments in history when by supporting small good deeds we may be assisting greater evil, she responded: “I don’t think so. A small good deed is significant precisely because it is personal, it clears the air and gives us the strength to survive when we are besieged by what Maxim Gorky called ‘oppressive horrors’. Six million Jews were exterminated during World War II but a few thousand were saved: by those who carried out small heroic deeds. And they didn’t serve greater evil. Heinrich Böll’s remarkable novel Billiards at Half-Past Nine includes the brilliant ‘buffalo sacrament’ motif. We have again reached that point: do we take ‘the buffalo sacrament’ or do we reject it? By doing ‘small deeds’ we refuse to participate in horrors. The theory of ‘small deeds’, which has been mocked a thousand times, hasn’t lost its meaning. If for no other reason because great deeds, whether good or evil, are carried out by those vested with great power, great talent or great aggression, while anyone is capable of carrying out ‘small deeds’. […] These days we are faced with a total crisis in terminology: war is peace. The term ‘democracy’ means completely different things to different people. In Russia liberalism has become an out-and-out swear word. We need to redefine our terms to create clarity about good and evil. Our world is a hierarchical construct. In The Revolt of the Masses Ortega y Gasset called for the elites and the people to come together. The upper classes must reach out to the lower classes. Christian ethics is a wonderful thing, but it is no longer working. Christianity in general is the religion of the impossible. Christianity asks of people that they be saints. But that happens only in the rarest of cases. The Orthodox Church in today’s Russia is comic book, a caricature, something to be ashamed of. I don’t want to suggest that I am a preacher. But one has to remind people of the basic rules of ethics – such as Kant’s categorical imperative. Every single person must adhere to it. But I still see a considerable number of wonderful people around championing the common good.”
Photo: Diana Markosian