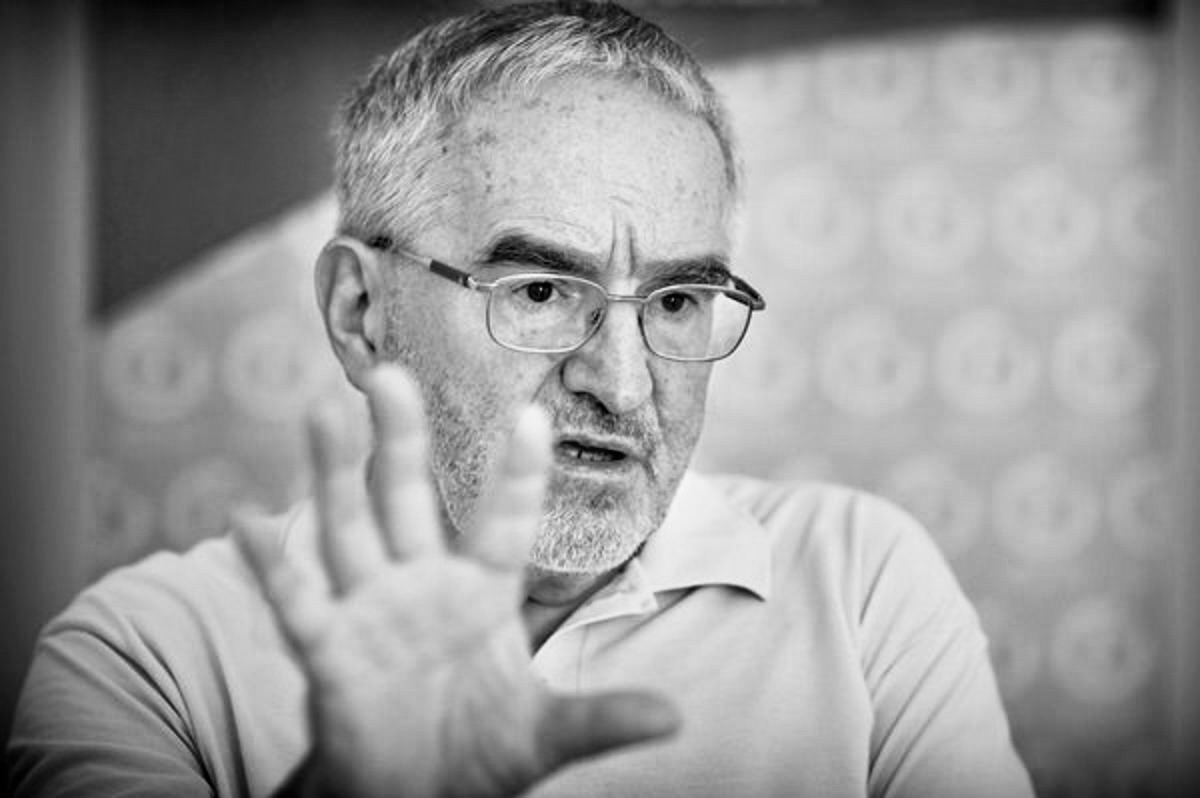 is a sociologist, writer and translator based in Bratislava. He began his career in the 1960s as a journalist and after becoming a persona non grata following the Soviet-led invasion of Czechoslovakia worked as a sociologist and a therapist at a detox centre. In 1989 he co-founded Public Against Violence, the movement that spearheaded Slovakia’s Velvet Revolution, later becoming an adviser to President Václav Havel; he has taught at universities and co-founded the Institute for Public Affairs, which he directed and where he now serves as honorary Chair. He is currently an adviser to Slovakia’s President Andrej Kiska. Bútora’s most recent books of essays are Odklínanie (Breaking the Spell), Druhý dych (Second Breath) and Takmer na polceste (Almost Halfway There). “It is worth reminding ourselves of November 1989. The events succeeded in accomplishing what the Slovak National Uprising couldn’t (because the communist regime rode roughshoud over its democratic legacy), as well as of things that could not be accomplished in 1968 either (because the overwhelming desire for change and the vast public upheaval was crushed by Soviet tanks). In 1989, however, we did succeed and Slovakia, as we have seen, is no longer condemned to be a failure. But no sooner did we scramble to the top of the mountain than we saw more hills looming on the horizon and it became clear, metaphorically speaking, that we are still a long way away from climbing Mount Everest. The demon of fear may have lost some of its power but new demons have emerged: those of corruption, cynical pragmatism, greed, envy, public lying, nationalism, populism, primitivism, arrogant power. Sometimes they appear to act as a coordinated team, interlinked and omnipresent, driving many of us to despair and depriving people of the hope that something can be done about this. However, there is one thing we can be reasonably certain of: the next generation, those who will be born tomorrow, will ask today’s adults what sort of world they have left for them. Just like today’s twenty-year-olds, who weren’t even born in 1989 and who now regard all that communist stuff as something laughable, embarrassing and feeble, ask their parents, grandparents, friends and family today: how could you have let that happen? Where were you? What did you do to stop it? Why didn’t you speak up if deep down you disapproved? Surely, if all of you had got together and rejected the system, those in power wouldn’t have stood a chance?!“