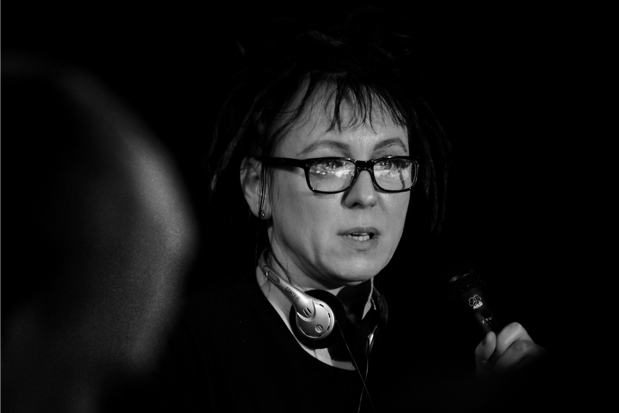 is the most widely admired Polish author of her generation. A psychologist by training, she writes novels and essays and has the rare distinction of being equally valued by the critics and the general reading public. She is the recipient of numerous prizes and honours and her books have been translated into over 20 languages, including English: House of day, house of night (awarded a NIKE, Poland’s most prestigious literary prize) and Primeval and other times. Her most recent novels are Bieguni (Runners, 2009), Prowadź swój pług przez kości umarłych (Drive Your Plough Over the Bones of the Dead, 2009) and Moment niedźwiedzia (Bear’s Moment, 2012), a collection of essays: “There are places in Poland that are indistinctive and lacking in proper narration, places with a broken narrative continuity that are missing from the mental map, peripheral places deprived of history that makes sense, places that have failed to adapt fully and are, ultimately, “non-Polish”, i.e. only marginally incorporated into collective memory and tradition. Bastard places. This is the geographically and historically most distant periphery, the Polish equivalent of Stasiuk’s Central European Badabag. You can’t just sit down and write about places like these. The most innocent little tale, the tiniest story, no matter how modest, is immediately seized upon and placed in water to grow roots like the graft of a rare plant. These are rare places where the inhabitants-readers treat literature with deadly seriousness. They don’t play around with words, there are no ‘-isms’or ‘-ations’. In places like these literature still plays the role that has long been abandoned at the Centre: that of bringing people together to negotiate reality. It creates time, a future, mapping the boundaries of identity, digging foundations for cultural communities and constructing roads towards the rest of the world.”