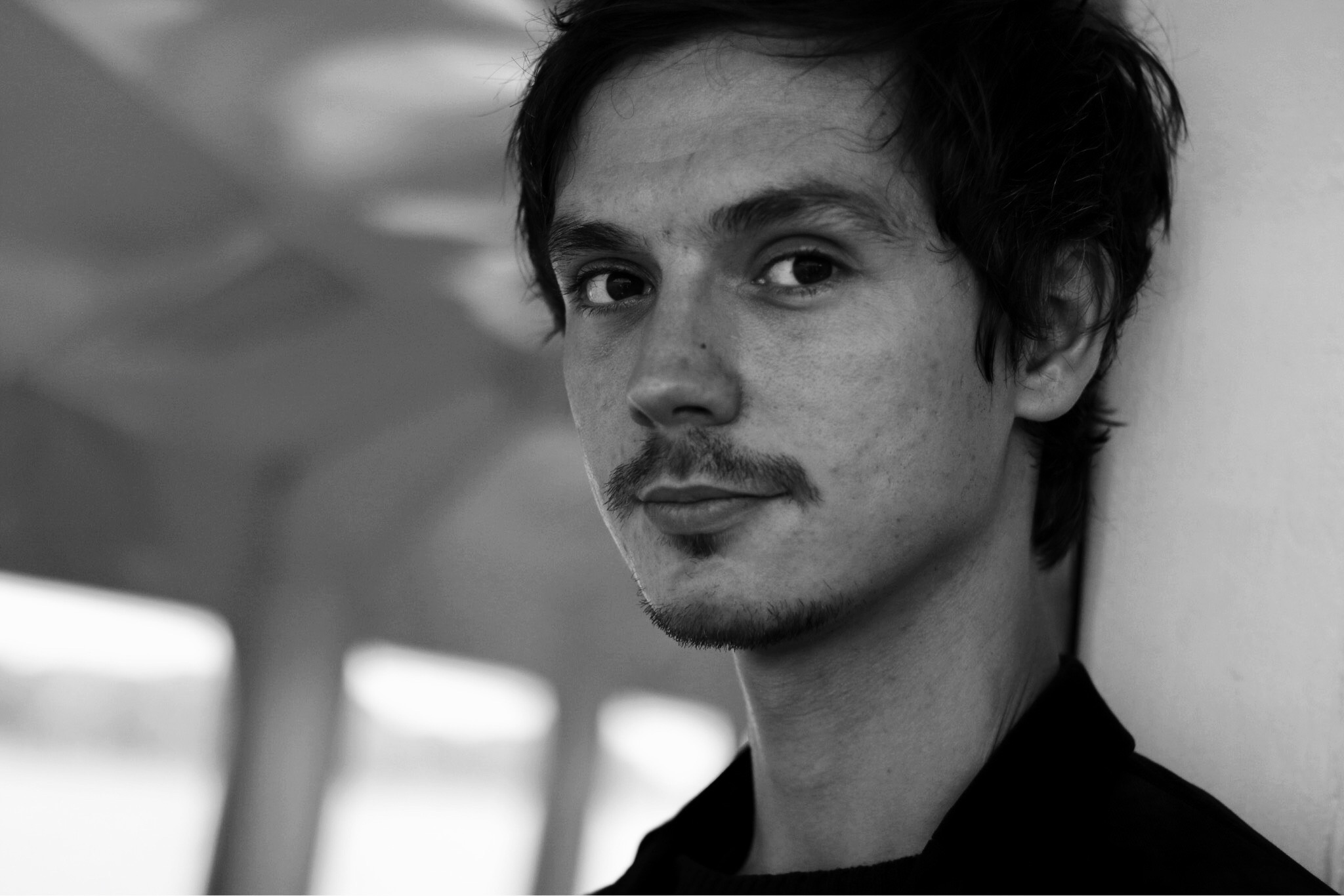 is a radio journalist with Radio Devín, a publisher and programme director of Bratislava’s independent publishers’ bookfair BRaK, which he started in 2013 with a group of friends, with whom he also runs a publishing house of the same name. He studied philosophy and literature at the Comenius University in Bratislava, continuing with graduate studies on cities and urban memory, with study visits to universities in Krakow, Prague, Vienna and Lviv. Since September 2017 he has been working at the Information Centre for Literature, the Slovak state agency for promoting Slovak literature abroad, where he is deals with translations and international projects and cooperation. He lives in Bratislava. “When an oversized statue of Joseph Stalin was unveiled in the centre of the Slovak capital a few years ago, initially it didn’t cause a great stir among the locals. A month later the statue was attacked for the first and only time: an unknown perpetrator put a finishing touch to the work by splashing it with blood-red paint. It’s not that the denizens of Bratislava feel particularly nostalgic for the totalitarian times (certainly not to a greater extent than the inhabitants of other Central European cities): quite the contrary, efforts to wrench Bratislava out of its historical narrative seem just as powerful as the tendency to forget, represented by the figure on the pedestal. The locals responded so ambiguously for quite a different reason, out of a feeling that statues in their city have taken on a life of their own. They seem to appear, disappear or sometimes roam the city, seeking a temporary refuge. Of course, Stalin’s statue didn’t appear in this prominent spot at random – although in Bratislava statues are prone to wandering about, the reasons are usually far from random. It is just as obvious that by deciding to stage this great return the project authors weren’t aiming to create a place of remembrance for old-timers to reminisce about the good old times of Soviet terror. The statue’s temporary installation formed part of a Slovak National Gallery project entitled ‘Interrupted Song’, which charted the artistic practices of the socialist realist period in the 1950s, i.e. the Stalinist era. As the gallery is situated in a corner of a square, the statue enabled the exhibition to step out into the public space. However, this created an unusual situation in the city centre: the pedestrians’ attention was suddenly commandeered by three statues. Apart from Stalin himself, there was the equestrian statue of Empress Maria Theresa, and a sculptural group representing [the codifier of written Slovak] Ľudovít Štúr. No other configuration could have more aptly expressed the story of Bratislava. The three statues: those of a totalitarian leader, the head of the Habsburg monarchy, and a leader of Slovak National Awakening, each created against a different historical backdrop but with the same ambition: to recast the city’s visual value system in its own image.”
Photo: Katarína Krištúfková-Hlinčíková