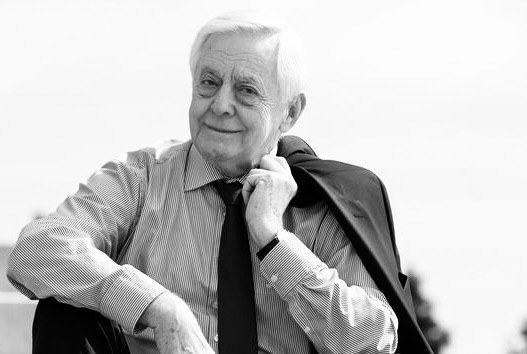 is a literary historian, a scholar of Hungarian and a politician. He served as Czechoslovakia’s last ambassador to Hungary, Minister of Culture and Deputy Prime minister for human, ethnic and women’s rights. He lives in Bratislava and is the author of many books. “To ask someone in his early eighties to contribute to a series entitled ‘Let’s get started’ could be seen as a sign of respect as well as a bit of an affront. Especially if you take it as permission to start forgetting. But how much more fun to think back, choosing to forget Péter Esterházy’s warning that lying is damned difficult if you don’t know the naked truth.
Because, you see, the naked truth is a quite an elusive thing. Not just on anniversaries which tend to come round with great regularity. And especially when it comes to events that we have lived through, when we can choose between two different kinds of truth: the truth of my own or our joint memory on the one hand, and their truth on the other, the truth imposed on us by the media, the school, and politicians. Not to mention conspiracy theorists and other manipulators.
Growing up, I witnessed historical changes twice, when I was six and nine years of age, too young for proper reflection. By the third time, in November 1989, I was fifty, which may have been too late. And when the current plague, which no one had predicted, struck us I was over eighty. An age that is equally unsuitable as well. Meanwhile, however, big and small history happened, the kind of history no institute of national memory can capture, let alone a single memoir writer. The world has kept changing to a greater or smaller degree, falling apart more often than it has been put together, despite the incredible energy expended on the latter task. All my life I’ve believed that we should make the world come together. I still hold fast to this belief, since at my age it would be very hard to make a new start. I have made a truce with the past and a temporary armistice with the future. But that does not mean that I would stand in the way of anyone intending to make a new start. For it is never too late to get started on putting together a better world, if such a thing is possible. Good luck! And good health and common sense!”