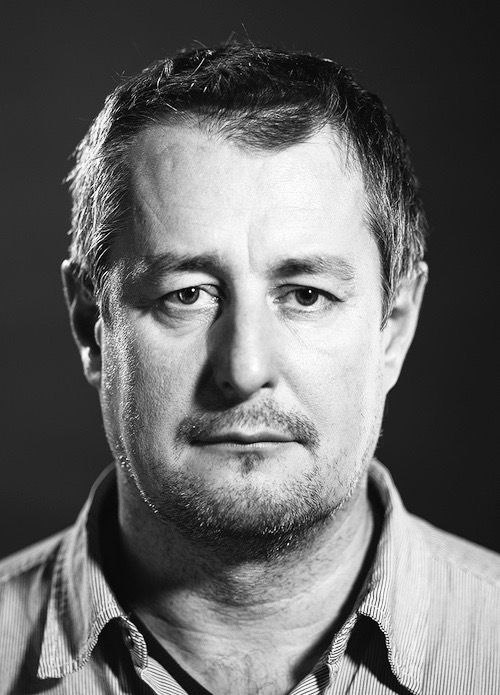 is a writer, playwright, director and visual artist. He has worked as a teacher, creative director for an advertising company, and served as artistic director of the Zlín City theatre and director of Radio Devín. His debut collection of short stories, Allegro barbaro, was followed by Zlodeji (Thieves) and Perokresba (Pen-Drawing); the monodrama Villa Lola, and novels Zu, Naivné modlitby (Naïve Prayers) and Nedeľné šachy s Tisom (Sunday Chess with Tiso), for which he was shortlisted for the Anasoft Litera Prize. He has written more than 20 plays, five of which were published in 2007 as Hry (Plays). He lives and works in Bratislava and Bánovce nad Bebravou. “I don’t claim to be the only one with the exclusive right to make public how I feel about the wartime Slovak republic. But I contend that unless every one of us addresses the problems arising from the legacy of our past, they will haunt us forever. The half-life of their harmful impact on our mood will be a thousand times longer than the grumpiness that gets hold of someone who is being hooted at for no reason. Being Slovak is not a special virtue. But it is not a disgrace either, I hasten to add. Because lately this trend has also been on the rise: the Czechs are more civilised, the Hungarians more patriotic, the Poles more religious, the Ukrainians larger, the Austrians richer, to name just our closest neighbours. Everyone has something that arouses our envy. And now that we have finally got our own state, are we going to badmouth it? Renegades! Sell-outs! Go live elsewhere! Well, I’m not going to. This is where I live, this is where I like it, this is what makes sense to me. Talking of expulsions, it’s remarkable how the Slovak element insists that the only way ethnic autochthony of citizens can be determined is through the filter of ethnicity. Well, yes, this is what makes us distinctive. Potatoes, cabbage and national pride, this is us. But if being Slovak is neither a virtue nor a disgrace, why talk about it? What can you build on this, apart from open-air museums and concentration camps?“
Photo: Tomáš Benedikovič / Denník N