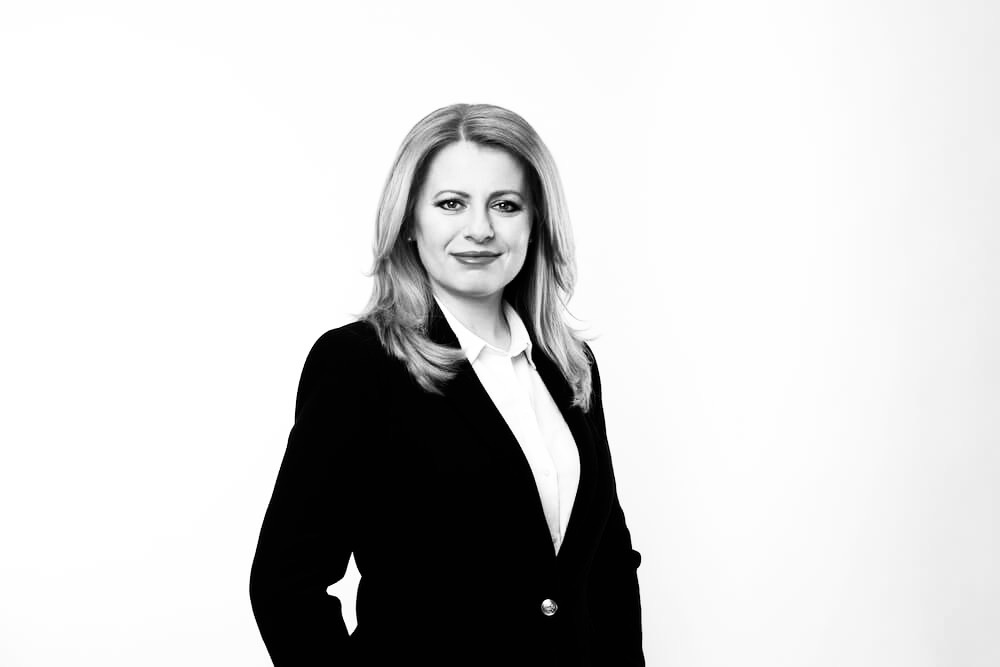 was born in Bratislava on 21 June 1973. She is a graduate of the Faculty of Law of Comenius University in Bratislava. She is the mother of two daughters. She worked for the local self-governing authority in Pezinok both during her studies and after graduation, starting as an assistant in the legal department and later becoming the deputy head of the municipal office. She moved into the non-governmental sector in 1998 and worked on issues including public administration and the issue of children who suffer physical or sexual abuse. She later became a local community development project manager for the civic association EQ Klub.

She cooperated with the civic association VIA IURIS from 2001 to 2017, from 2010 as a lawyer. She dealt with issues such as rule of law and promoting justice in selected areas such as the functioning of the judiciary, the responsibility of public officials, transparency in the management of public assets and stronger public control of public authority.
For over ten years she was at the forefront of a public campaign against permission for an additional landfill that would have aggravated soil, air and water pollution in the town and its environs. For her leadership of this campaign, Zuzana Čaputová was awarded the prestigious Goldman Environmental Prize in 2016. She is the author or co-author of several publications and a fellow of the Environmental Law Alliance Worldwide (ELAW).
In December 2017 she announced her intention to join the political party Progressive Slovakia and in January 2018 she was elected its deputy leader. In May 2018 she announced that she would run for the presidency of the Slovak Republic with the aim of restoring trust in Slovak society and rekindling the strength and meaning of the values that unite Slovak society – justice, the protection of human dignity and Slovakia’s alignment with democratic Europe. One of the factors that influenced her candidacy was the murder of a young journalist and his fiancée in February 2018.
She was elected president of the Slovak Republic in the second round of the presidential election on 30 March 2019. She received 1,056,582 votes, which was 58.41% of the ballots cast. She resigned from Progressive Slovakia in May 2019. She is not currently a member of any political party. She took up her office after her inauguration on 15 June 2019.
Under the Law on State Honours, the President of the Slovak Republic is entitled to the following honours: Andrej Hlinka Order First Class, Ľudovít Štúr Order First Class, Milan Rastislav Štefánik Cross First Class and Pribina Cross First Class.