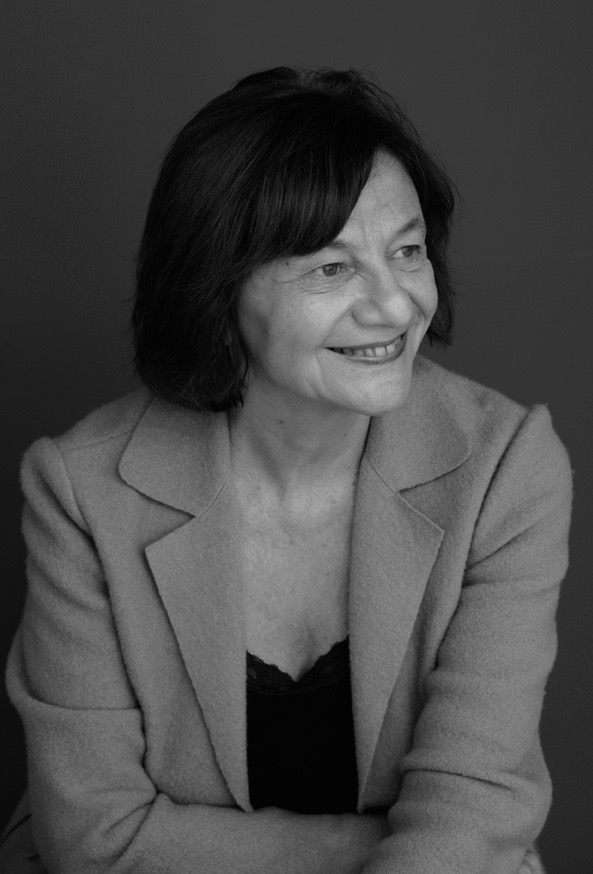 is a Polish American writer and academic, based in London. She was born in Kraków to a family of Holocaust survivors and emigrated to Canada when she was 13, later moving to New York, where she was an editor for the New York Times. She has taught creative writing at a number of US universities and is currently visiting professor at the Massachusetts Institute of Technology. She is the author of several acclaimed books, both fiction and non-fiction, including Lost in Translation. Life in a New Language (1989); Exit into History: A Journey Through the New Eastern Europe (1993), Shtetl: The Life and Death of a Small Town and the World of Polish Jews (1997), The Secret (2002), Illuminations (2008) and Time: Big Ideas, Small Books (2009). In Lost in Translation Eva Hoffman writes: In the politics of daily perception, I am at a distinct disadvantage. My American Friends are so many, and they share so many assumptions that are quite invisible to them, precisely because they’re shared. These are assumptions about the most fundamental human transactions, subcutaneous beliefs, which lie just below the stratum of political opinion or overt ideology: about how much space, physical or psychological, we need to give each other, about how much control is desirable, about what is private and what is public, about how much interest in another person’s affairs is sympathy and how much interference, about what’s a pretty face or a handsome body, about what we’re allowed to poke fun at and what we have to revere, about how much we need to hide in order to reveal ourselves. To remain outside such common agreements is to remain outside reality itself – and if I’m not to risk a mild cultural schizophrenia, I have to make a shift in the innermost ways. I have to translate myself. But if I’m to achieve this without becoming assimilated – that is, absorbed –
by my new world, the translation has to be careful, the turns of the psyche unforced. To mouth foreign terms without incorporating their meanings is to risk becoming bowdlerized. A true translation proceeds by the motions of understanding and sympathy, it happens by slow increments, sentence by sentence, phrase by phrase.
Does it still matter, in these triangulations, that my version of reality was formed in Eastern Europe? It is well known that the System over there, by specializing in deceit, has bred in its citizens an avid hunger for what they still quaintly call the truth. Of course, the truth is easier to identify when it’s simply the opposite of a lie. So much Eastern European thinking moves along the axis of bipolar ideas, still untouched by the peculiar edginess and fluidity created by a more decentered world. Perhaps I’m not quite equal to the challenge of postmodern uncertainty. But as I wrestle with the American Friend in my head, I am haunted not by a longing for certainty but by the idea, almost palpable, of the normal. The normal, in my mental ideogram, is associated with a face: Pani Ruta’s face, perhaps, or Piotr Ostroppov’s. It’s not an innocent, or a particularly cheerful face; it bespeaks, instead, both a quick perspicacity and an unforced seriousness. ‘C’est normale,’ the expression on this face says. ‘N’exagères pas.’ It’s a face that has seen a lot, and is not easily astonished. It knows, in its cultural memory, the limits of human ideals, and the limitations of human passions. Foibles, in its steady gaze, are just that: foibles. It’s not apt to work itself up into moral heat or analytic anguish. It has a stored knowledge, passed on through generations, of the devious traceries of the human heart, and it has learned where the mean lies in the soul, and what’s excess.] The normal is derived not from a conventional norm but from this knowledge of proportion. The face expresses a skepticism that is a hair’s breadth away from cynicism, but is also adjacent to an acceptance of things as they are, and not as they should be or might be in a more ideal, a nonhuman world. I think if I could enter the subjectivity of that face, then I could encompass both myself and my American Friend within it. I could then see our polarities within some larger, more capacious terms, and resolve our antitheses within a wiser synthesis. I could see that we’re both – as the phrase echoes from my childhood – just human. It’s that face that I keep as a beacon in my furious mono-dialogues and my triangulations.I want a language that will express what that face knows, a calm and simple language that will subsume the clangor of specialized jargons and of partial visions, a language old enough to plow under the superficial differences between signs, to the deeper strata of significance.”