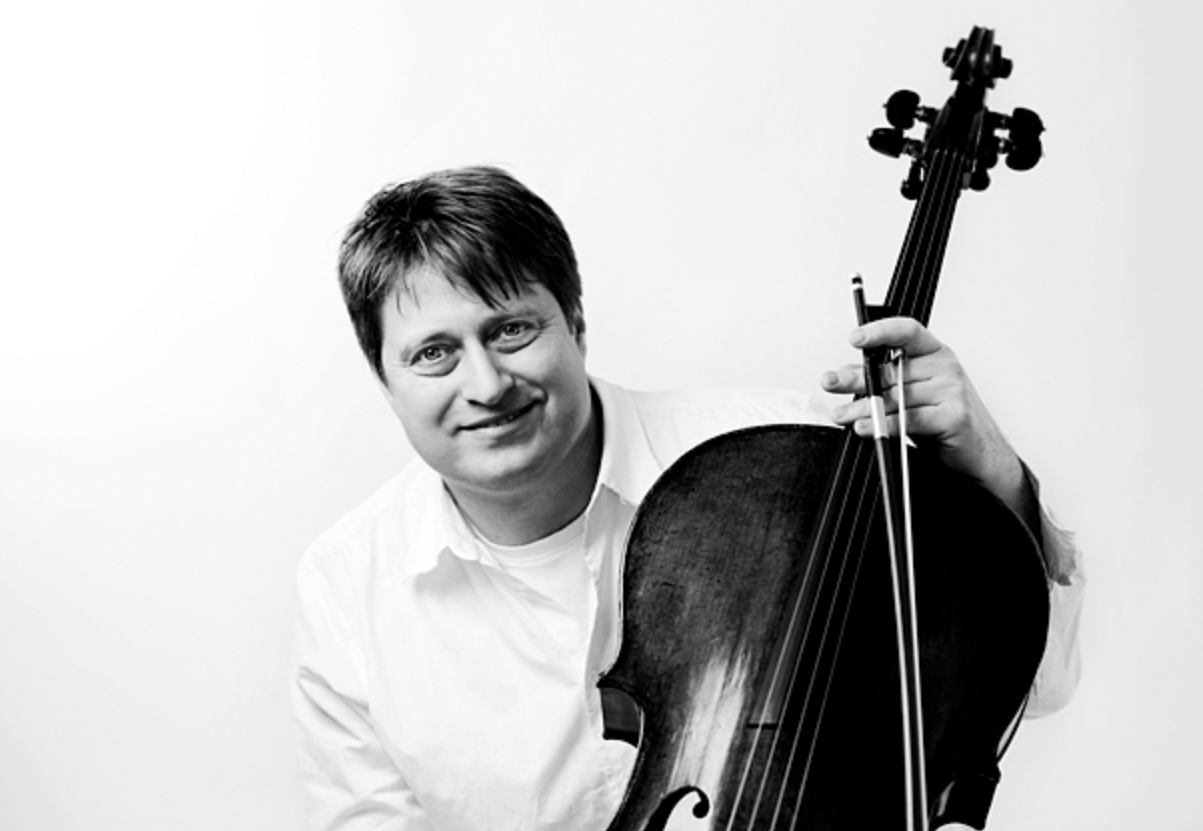 is one of the most prominent figures in Slovak musical scene. He graduated from the University of Performing Arts (VŠMU) in his hometown, Bratislava and the Royal Academy of Music in London (R. Cohen). He holds the “Award of the Minister of Culture” for his successes as a concert cello soloist and artistic director and founder of the festival Convergence, was nominated for a prestigious “Cristal Wing Award” in Slovakia and was awarded several international Prizes, such as “Cello Competition of Slovak Conservatories” in 1986, “Jury Prize” at the Murcia Cello Competition in Spain, the “BANFF Centre Long Term Residency Scholarship”, the “May Mukle Cello Prize” at the Royal Academy of Music in London and in 2009, the “Frico Kafenda Award”.
Jozef is actively performing throughout the world. His concert highlights from the recent years include performing with The Hilliard Ensemble in Kosice, recitals in USA, performing during the Winter Olympics in Vancouver in the Slovak Repre House, concerts at festivals in Charleston (with Robert Cohen) and Arcus Temporum in Pannonhalma (with Gija Kancheli and Gidon Kremer) as well as world premieres of the Cello Concertos by Peter Machajdík (BHS) Jevgeni Irshai (Convergence Festival) and Daniel Matej (with Slovak Chamber Orchestra).
A special place in his recent musical explorings belongs to multicultural and multiethnical projects – afterPhurikane (ancient Roma songs played anew by proffesional musicians and authentic Roma singers) and Chassidic Songs (respective to its name a project which he created with the Bratislava Rabbi Baruch Myers). Both of them were issued on CDs and are sought by audiences and festival organisers throughout Europe.
His path as a concert soloist has brought him to play with conductors like Andrew Parrott, Jiří Bělohlávek, Leoš Svárovský, Daniel Gazon, Domonkos Héja or Andrew Mogrelia. He plays regularly with renown chamber music partners from Slovakia and abroad – Nora Skuta, Igor Karško, Ronald Šebesta, Robert Cohen, Vladimir Mendelssohn, Beny Schmid, Rena Sharon, Peter Mikuláš, Mark Gothoni, etc. But Jozef does not limit himself to the “classical”. Being very open and versatile, he often joins cross-genre projects and cooperates with such artists as Marián Varga (Slovak rock legendary pianist/composer), Julee Glaub (American singer), Jeff Johnson (… singer and producer), Brian Dunning (Irish flutist), Krisztián Gergye (Hungarian dancer) and many others.
His London experience together with the missing chamber music scene in his hometown inspired him to create an international chamber music festival Konvergencie (Convergence). From its first year in 2000 the festival has received superior reviews by both professional and general audience and is marked by a very special atmosphere. Jozef, as the founder and artistic director/manager, is carefully choosing projects to bring the best quality of performance and unexpected artistic combinations. He has introduced many prominent artists to the Slovak audience – The Hilliard Ensemble, Jan Garbarek, Doric String Quartett, Fine Arts Quartett – just to name a few of them. In 2003 he was appointed artistic director for the 7th International Festival of Contemporary Music Melos-Ethos in Bratislava.
Part of Jozef’s search for his own musical expression is active communication and work with contemporary composers (Tenney, Krauze, Godár, Zagar, Irshai, Matej, Ayres, Wolff, Jeffery, Machajdík, etc.). Natural outcome of these collaborations is a number of world premiere compositions and recordings. His discography includes the World Premiere CD of Vladimír Godár’s “Music for Cello”, 2-CD of complete Bach Solo Cello Suites (first Slovak recording) as well as his own project “CELLO” – recording of five new compositions inspired by Bach´s 1st Suite, including his speciality – improvisations using cello, his own voice and beatbox. His most recent classical release is a live recording of his London Debut concert in St. John’s Smith Square. He is currently planning to produce a CD of his cello and vocal improvisations as well as CD series reliving the concerts from the Convergence Festival.
Jozef is married to Katarina, an architect and they live in Bratislava with their three children, Jonathan, Elisha and Leo.