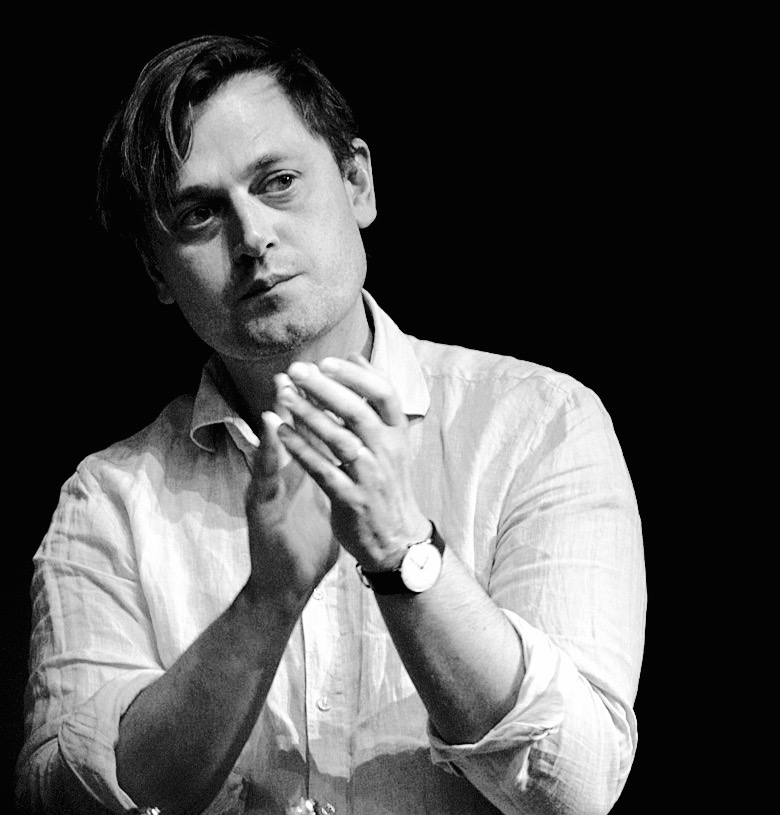 is a Ukrainian essayist and translator. Born in Ivano-Frankivsk he is now based in Lviv and works at the Literary Institute of the Ukrainian Academy of Science. He has translated, works by, among others, Franz Kafka, Heinrich von Kleist, Sigmund Freud, Robert Musil, Joseph Roth and Ingo Schulze. In 2011 he published an acclaimed essay, The Central European. In an essay on Putin’s sirens in the West, published recently in Süddeutsche Zeitung, he writes: “Why have so many Europeans succumbed to Kremlin’s propaganda? Because they are not interested in us, Ukrainians. But that is not the only reason. Relationships have faltered, friendships have broken up, we no longer understand the world. Putin’s sirens, these songbirds of Putin’s propaganda, have been sowing division in Europe. Large parts of European societies have surrendered to this song, while others reject this cacophony and resist its lure. It certainly isn’t a beautiful song. In fact, when you listen to it, it sounds rather ugly and is certainly filled with hatred. So how come it has seduced so many people, given its openly anti-Western tendency? Where does this masochistic pleasure in self-flagellation come from? The pleasure of humiliation? Does it stem from lying? Putin’s sirens sing a song based on counterpoint. It affects two otherwise incompatible groups of recipients. Let me call them the ‘group of fear’ and the ‘group of resentment’. The first one suffers from Stockholm syndrome and identifies with the aggressor. They would welcome anything just to avoid another, bigger war, they would happily sacrifice smaller countries such as Georgia or Ukraine just to maintain their prosperity. They are prepared to accept the perpetrator’s demands as justifiable, show understanding for ‘historical reasons’ and regard the victim as the perpetrator or target of a deserved punishment. The others, whom I call the ‘ group of resentment’, follows Putin out of a self-pitying anger at their own governments, or because it is a way of reinforcing their own extremism and populism. Putin’s faithful followers include the supporters of the Front National in France, Jobbik in Hungary and Golden Dawn in Greece. These are citizens who have not processed modernity and who demand an end to an open world. So the first group is keen to maintain the status quo at all costs (and the cost is proving to be quite high), while the other wants to destroy it at any price.”