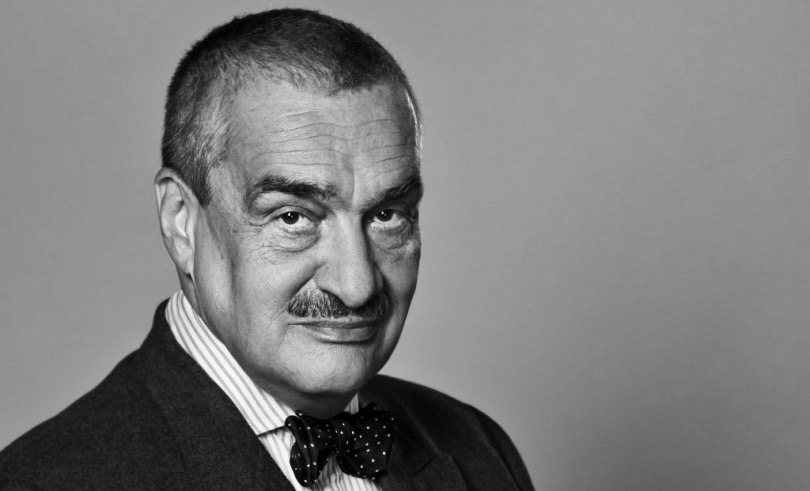 is a Czech politician, honorary chairman of the political party TOP 09 and a member of the Czech Parliament. A descendant of the ancient aristocratic house of Schwarzenberg, he spent years in Austrian exile, where he supported Czechoslovakia’s opposition and was actively involved in human rights, acting as Chair of the International Helsinki Federation. On his return to Czechoslovakia in 1990 he became Chief of Staff and later Chancellor to President Václav Havel. From 2007 to 2009 he served as Foreign Secretary of the Czech Republic; he held this office, as well as that of Deputy Prime Minister, from 2010 to 2013. In 2017, his biography by Austrian journalist Barbara Tóth was published in German as well as in a Czech translation, and he also featured in two books of interviews with the Czech journalist Karel Hvížďala. He lives in Prague. “There is this wonderful Jewish expression for egregious impudence: chutzpah. A famous example of chutzpah is the man who has killed his parents and asks the court for clemency on the grounds that he is an orphan. Why do I bring this up? Former Czech Prime Minister Václav Klaus has praised Hungary’s Prime Minister Viktor Orbán for trying to drive the Central European University out of Budapest. It is true that this university is a great achievement of Mr George Soros’s and one of the most vibrant centres of intellectual life in all of Central Europe. Since the 1970s Soros has been supporting democratic processes around the world, including innumerable democratic institutions in this region. And it is also true that this is why he is still hated by Mr Putin, the Chinese government, and assorted autocrats all over the world. What Mr Klaus has said in this interview is egregious and impudent slander, presented without any justification or proof. It is ironic that a man who refrained from any opposition activities under communism should now accuse Soros of posing a threat to the democratic development in our country and elsewhere. Václav Klaus was right to criticize the communist approach to the economy, but made sure never to clash with the communist government, and was content to build his career and hold back until November 1989. And now he claims that he has always regarded Soros as a great threat to the building of democracy in this country.”