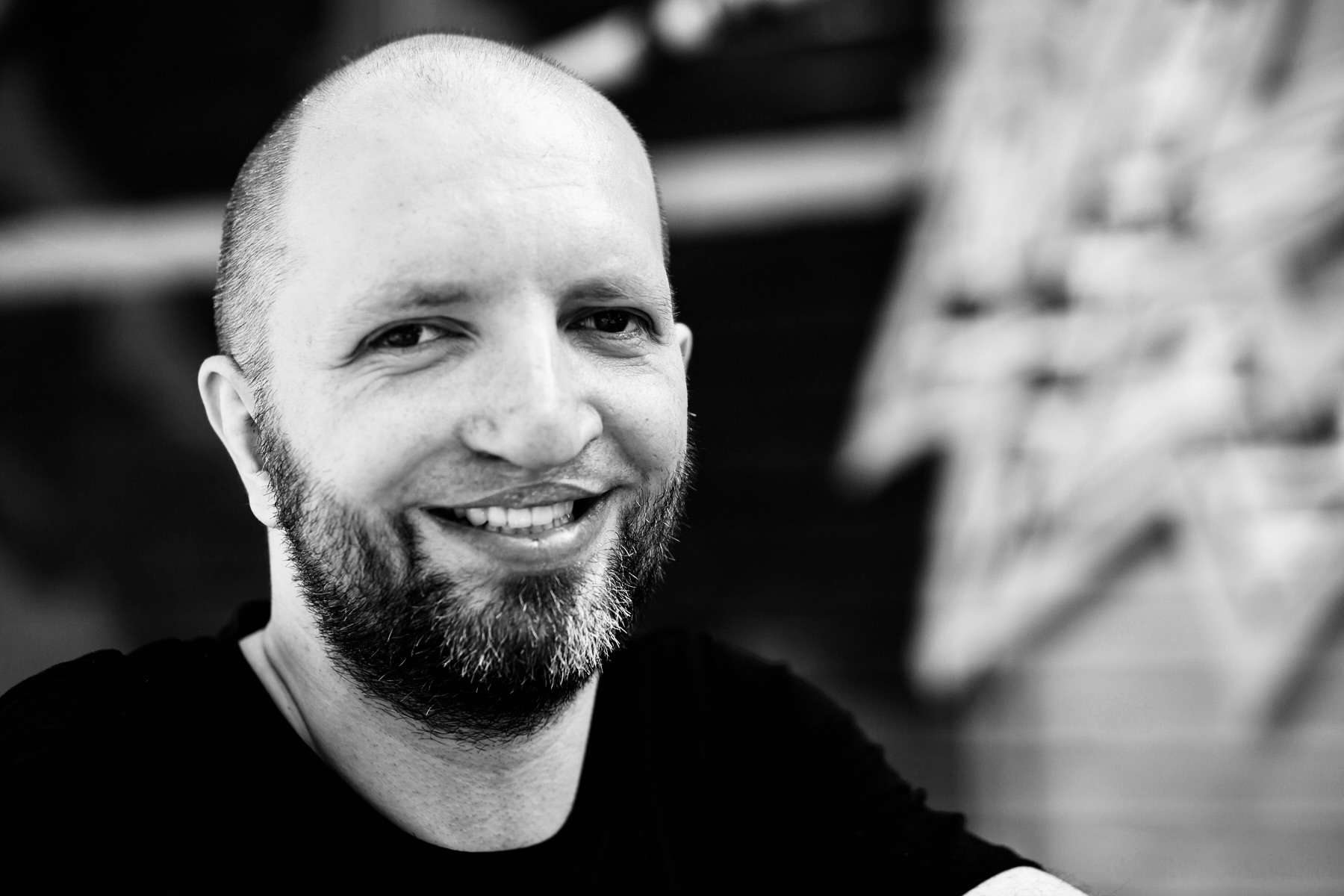 is a writer and second-hand bookseller. He lives in Trenčín. In 2011 he and his parents founded an online second-hand bookshop which he still runs. In 2020 he published an acclaimed novella, Satori v Trenčíne (Satori in Trenčín) illustrated by the Czech writer Anna Cima, which was shortlisted for the Anasoft Litera Prize. In 2021 he publised Jar v Jekaterinburgu (Spring in Yekaterinburg). “Recently I found one hundred and three Czechoslovak crowns in an old cupboard. Later that evening, when I mentioned it to a friend over a glass of beer, he suggested that I go to Hotel Laugaricio in our hometown of Trenčín, where they would accept the old currency. That sounded bizarre to me, obviously. But then, a few days later, as my girlfriend and I left the cinema after a late night show, I thought to myself: why not give it a try? We walked past the Prior department store and surveyed the old building. Everything was quiet and all the windows were dark. We walked up to the entrance, and I plucked up the courage to open the door. We saw light emerging from around the corner. After a few steps we found ourselves in front of the reception desk. Can I help you? The woman barked. I asked her for a double room. When I produced my ID, she looked at it with a frown and gave me a nasty look. At first I thought she didn’t like that my brand new ID was issued only in 2021. Locals are not allowed to stay here, she announced after a pause. Suddenly remembering how things used to work here, I slipped her a twenty-crown note. She smiled and handed us a key. The wall of our room boasted a portrait of Husák and the TV screen displayed the test card panel. So we devised our own entertainment and then fell asleep, exhausted.
At around nine in the morning someone banged on our door. It wasn’t the secret police; it was just the cleaner. We scrambled down to the hotel restaurant and ordered some deep-fried cheese and beer. We paid 18 crowns all-in. You see, we found ourselves in the realm of nostalgic memory, a mythical place untouched by inflation. After breakfast I headed straight for the factory where I’d been assigned a job after graduation.”