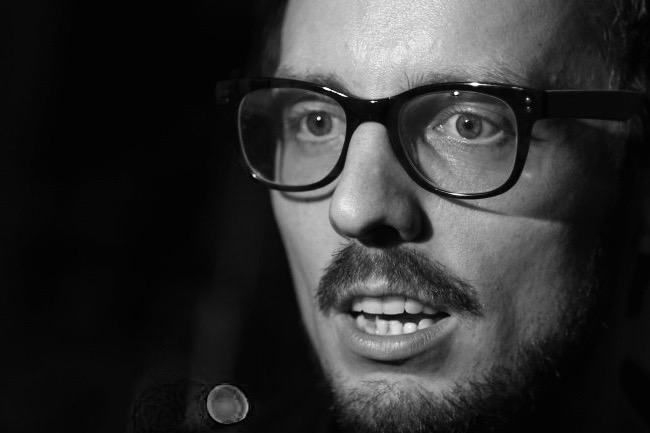 writer and translator. He lives in Bratislava and is in charge of its Goethe Institute library. He is the author of several successful short story collections, including Silný pocit čistoty (A Strong Sense of Cleanliness) and Čierny lev (The Black Lion, 2020), a number of novels including Trol (Troll, 2017) and, most recently, Tahiti. Utópia (Tahiti, Utopia, 2019). He is has also written several books for children and translated many books from the German. He is a frequent contributor to the German and Austrian press.
“On 18 March 1952 an article entitled “Nothing can be taken for granted. In praise of the time of poverty” appeared in the German paper Die Neue Zeitung. Of course, everything – including diaries – tried to sound fresh and entirely different from what life had been like under the Nazis. The author of the article was Kurt Kusenberg. A mere seven years after the end of World War II and the writer is harking back with nostalgia to the era that followed the crushing defeat of his country? The time when streets were strewn with debris from bombed out buildings and the wreckage was littered with corpses? Hundreds of thousands were starving and living on the streets. Mail was not being delivered. Trains and public transport didn’t run. And someone was missing this time?
In the early 1950s, as the author looked back on the previous period, he thought that those had been the days when people picked up the pieces and pieced together again the web of shattered interpersonal relations the way children do when playing with building blocks. He strongly recommended his readers to think back on the postwar period when they had to eke out a living, on the poverty, cold, suffering and danger as the country lay in ruins. Human morality and the social contract had to be redefined. Nobody thought it was indecent to be crafty and slimy, even to steal food if they were hungry. But this kind of outlaw life also had its outlaw code of honour, which may have been more moral than the “cast-iron conscience of today” Kusenberg railed against, alluding to the ubiquitous hypocrisy, falsehood, lies and scheming.
The same goes for us: we ought to refresh our memory of the days and weeks soon after 17 November 1989. Not only had the Peoples’ Militia, with its 84,821 combat-ready troops, not yet been abolished, but on 22 November some four thousand of them arrived in Prague, fully armed, to defend the dictatorship.
I experienced the chilly days in the city’s squares as a twelve-year-old boy. The day that has lodged most deeply in my memory is the cold, sunny 10th of December 1989. The crowds that turned up for the “Europe, here we come!” march across the border to Austria on that day were so enormous that the border guards in Berg couldn’t keep up with the checking of passports and the collecting of completed border crossing forms. White slips of paper covered the ground in their thousands like swathes of snow. A quarter of a million citizens crossed the border. The whole of Wolfstahl, the last village in free Europe, was on their feet, out in the streets or at least in the windows, welcoming the visitors with smiles, hugs and mugs of hot tea. Tens of thousands gathered on the bank of the Danube at Hainburg across the river from Devín Catle. Only the river continued to flow calmly amid the general excitement. People put the web of shattered relations back together like children. They rattled their keys were but that wasn’t enough to drive the demons away. Our all too gentle revolution has not swept away all of the tyranny: it has just moved it to other shoulders. A single event is not enough; what we need is a process. It can’t be done in weeks or months, it takes decades. It is easier to bring about change in the streets than in the minds of people. Back then the marches were headed by men. The breakthrough march of the future will be led by women.”
Photo: Peter Župník / Central European Forum