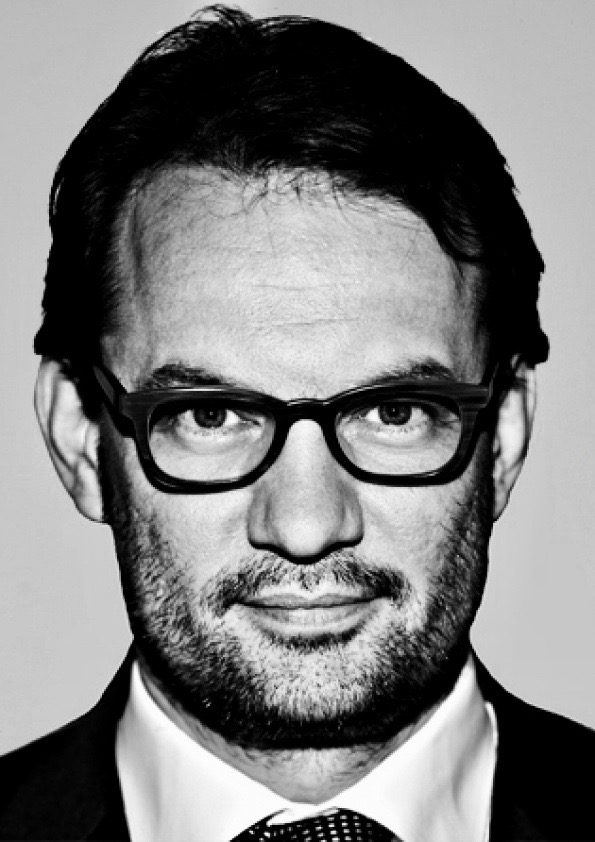 is a German writer based in Zurich. His bestselling non-fiction books, Scheißkerle and Blender, have been translated into several languages, while WebAttack – Der Staat als Stalker was nominated for the International Book Award at the 2014 Frankfurt Book Fair. His latest book, Warum wir irre/Irre wählen (Why We Vote Crazily/For Crazy People, 2017) has attracted a great deal of media attention. In addition to writing, he is also a self-declared serial entrepreneur. In the 1990s he established World Coffee, the first coffee-house chain in continental Europe, moving on to revamp the traditional company MOST Schokolade in 2000 and to sell his internet startup Schokogramm to Swiss commercial giant MIGROS in 2011. His holding company Direct Investment Partners AG  develops startups designed to digitalize traditional industries and markets. He was a lecturer in communication and knowledge transfer at the University of Applied Arts in Vienna, and runs the non-profit Kunsthalle Koidl in Berlin in a renovated power substation in Berlin. He was the digital advisor and campaign manager to the candidate for German chancellor Peer Steinbrück in the national election campaign of 2013. “Of course we are being manipulated by social media and new technology in such a way that people are not aware of it and cannot grasp. It´s really beyond our imagination. The real problem is that politicians and the political establishment are also ignoring this, they often don´t know how it works in detail and as a result people think that what I describe in my book is science fiction, although it is hard reality. People really are supplied with exactly the kind of information they want to hear. It´s all based on this perfidious thing known as psychometrics, which is a detailed analysis of your personal fear structures, the things you react to most strongly, that make you most emotional. This is what the campaign exploits, triggering these emotions with a message that is tailor-made for you and your fears, your trigger points. It was primarily the use of social media that enabled Donald Trump to bypass the party structures which had ensured a proper selection process in the past. People used to be tested for decades, they had to prove themselves, put up posters, win majorities, and so on. Social media basically enable lone fighters to reach high office without a party structure. It is therefore really advisable for people to take a closer look at a candidate’s psychological make-up and ask whether he really is capable of representing us, the people.”
Photo: Christoph Michaelis