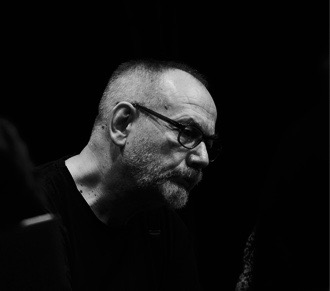 is a Hungarian Marxist philosopher and public intellectual, one of the most important political voices in Europe. Trained as a philosopher and author of numerous scholarly books and articles, his is a life that has been intimately bound up with the political history of the twentieth and twenty-first centuries. Born in Cluj, Romania, he presently lives in Budapest. From 1986 to 1988, he taught in the U.S., Britain, and France, and studied at Oxford. From 1989 to 1994 he served in the Hungarian Parliament as an MP for the Alliance of Free Democrats (SZDSZ), in recent years he has returned to Marxism. He is a regular contributor to the Times Literary Supplement and to the most important Hungarian dailies. His books include A teória esélyei: Esszék, bírálatok (1975, The Prospects for Theory: Essays and Reviews), Másvilág: Politikai esszék (1994, An Other World: Political Essays), Törzsi fogalmak (1999, Concepts of Tribe), and, jointly with Gerold Wallner, Kommunismus nach 1989: Beiträge zu Klassentheorie, Realsozialismus und Osteuropa (2015, Communism after 1989: Essays on class theory, real existing socialism and Eastern Europe). “If we really think that humans are equal, well, then we have to fight against all kinds of discrimination and inequalities, whether class, race, gender, sexual orientation, religion, occupation, age, etcetera. And it is best done by realizing that the nation states and the political practices that are based on the power of the economic elite and dominant minorities, white mostly, will have to be changed to achieve liberty and equality. This is an old task, but it hasn’t changed, because now we see the results of what even so called liberal states can achieve. The refugee crisis shows you that even cooperating liberal nation states are absolutely unable – and in Hungary’s case unwilling – to solve a situation like this. This inhuman indifference to populations considered arbitrarily alien and ‘barbarous’ has no consequence, because their human value is not considered equal to ours. In the East European media this is said absolutely openly. Of course, there are differences between countries; some are more tolerant and some are less, but the problems are similar.”