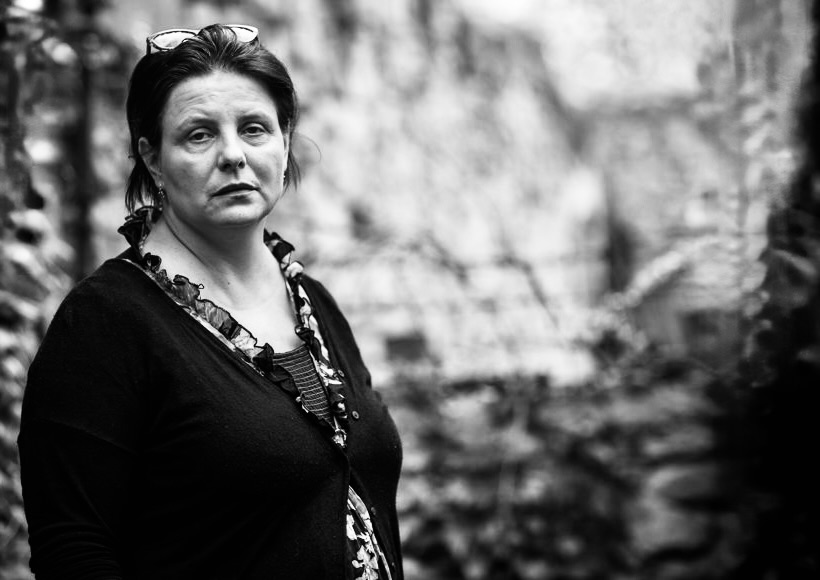 is a writer who lives in Modra near Bratislava and works at the Malokarpatská Library in Pezinok. She is the author of a number of books for both children and adults, including Miesta v sieti (Places in the Net), Medzerový plod (Foulbrood), which received the Anasoft Litera Prize. Her latest book, Radosti a dni (Joys and Days), has just been published. “16 September 1989 was my wedding day, but despite having freshly tied the knot, I felt free. In the evening of 16 November my father phoned from Bratislava and said he’d just come back from a walk with a bunch of student sand that something was brewing. The next day we watched the evening news on our new ‘Engels’ TV set made in the GDR, purchased out of the loan given to all newlyweds. We stayed up late talking about everything we’d seen and about politics in general. The day after that we were out in the square in Modra: the potter Jožo Franko, Maťo Tvrdoň, Jožo Kaufmann, Martin Sohr, Peter Bartoš, Ivana Píšová, Tomáš Píš, Zuza Macháčková, and us, the newlyweds. We were gradually joined by others. Older citizens of Modra walked around us, curious; some started berating us. Everyone was a bit scared. And the poet Jozef Mihalkovič read out a poem in the square, a new one, about November, in which God banged his fist on the table. After the ice started to break in Romania, we organized a protest March in Modra. Juro Beňovič borrowed a Romanian flag from his grammar school, cut a hole in it and when he brought it back in tatters, his teacher, Miss Pešková, slapped him on the head. We spent our first ‘married’ Christmas at the main station, loading clothes and food for Romania.
I cannot imagine any secular holiday more wonderful than this. Despite everything that has happened since and where we have ended up today, we must commemorate and celebrate this day. As Ezra Pound says in one of his poems: ‘Come, let us pity those who are better off than we are.’ And as long as we go on, at least a tiny flicker of hope will continue to smoulder in our midst and, one day, might burst into flame again. Because hope does not mean that everything will work out fine – rather, it is the belief that is worth taking a stand. It was Václav Havel who said that.”